Managing Change Purposefully: From the U.N. to Social Enterprise

As often happens in my world, it all started with a simple e-mail. This particular one came from the UN Mission in Haiti (MINUSTAH). It said that they were planning for major downsizing and wanted a workshop for their staff who would be needing “to look for new options.” The topic: “Transitioning to Business and Social Entrepreneurship.”

So, why us, the UPEACE Centre for Executive Education? An alumni of the Centre who had taken our online course ‘Designing Your Life: Innovating from the Inside Out’ happened to be with the UN in Haiti. He had found our course valuable and inspiring, and recommended us based on his experience. No surprises here as this is often how we are contacted for new opportunities. So far, a familiar pattern. The next step was putting together a short proposal outlining what we’d cover in a 3-day workshop.

After spending a couple of hours on the web researching Haiti, it confirmed what I had suspected. Haiti is not exactly a thriving world economy. I also figured that what would be uppermost in participants’ minds would be loss of income rather than making a positive impact through their new venture. The proposed workshop would run participants through the very practical steps of thinking through a ‘Plan B’ for their careers, including the possibility of starting a business or social enterprise.

As I hit ‘send’ on the e-mail to my project lead in Haiti, I had a feeling that this one would convert.  My excitement about doing work in a country I had never been to previously, was replaced by the familiar fear of stepping outside of my comfort zone. This was not going to be a group of executives, non-profit leaders, and educators looking to invest in their professional development on our beautiful campus in Costa Rica. Instead, this mix of local and international UN employees were entering a period of forced transition. The organizer of the workshop has warned me, “Morale is low.”

I spent the next week in intense course development mode, checking out a range of books from my local library from ‘The Start-up of You’ to the ‘The Lean Startup’. But as practical as I tried to make the workshop topics, I kept central to the course the notion a core value at the UPEACE Centre that doing ‘good business’ combines financial sustainability with positive impact.

The 3-day workshop flew by. We were in ‘flow’. The high-point for me was hearing from a UPEACE alumni who had gone on to co-found an organization in Haiti, Smallholder Farmers Alliance. Thanks to LinkedIn, I had been able to locate him with one search. His talk made it clear to the audience that dreams can quickly become a reality and a lean business plan is the starting point for building an organization that can change Haiti while paying the bills.

On my last day, I visited the Indian Peace keeping unit stationed in Haiti. The Sargent, leading the Assam Rifles, the oldest paramilitary force in India, shared with me how his unit had helped the Dalai Lama cross from Tibet to India. He proudly told me that he was the 4th generation in his family in Assam Rifles.  Every conversation, including this last one, had strengthened a core philosophy of all the Centre’s workshops: Nothing can replace the energy of having a strong ‘Why?’ or sense of purpose. The participants had taught me that this holds true whether you’re being retrenched in Haiti or millionaire in Honolulu!

Mohit Mukherjee is the Founder and Director of the UPEACE Centre for Executive Education. 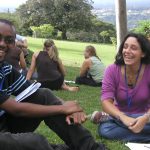 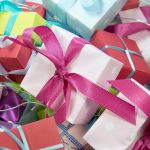