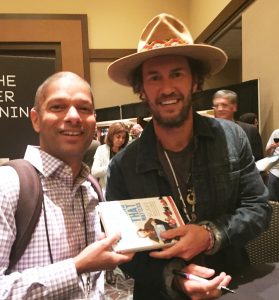 A couple of weeks ago, I gave myself a birthday present that some would find atypical –registration to a professional conference. Yes, I’m a nerd. And while there are quite a few things on my Amazon wish-list, none of them would give me as much pleasure as the ‘gift of learning’.  In the past few years, the conferences that I’ve signed-up for have all been in the area of social entrepreneurship. This conference, called GrowCo, was targeted at businesses and was billed as “three days of ideas, inspiration and insights, networking and learning, and proven strategies to help your company grow and thrive.”

The opening speaker was Blake Mycoskie, the founder of TOMs shoes. Rather than doing a keynote address, Blake was interviewed on stage as a way of sharing his story. It felt natural, engaging, and dynamic. However, the Q&A session from the audience brought up some difficult questions as there has been significant criticism of TOMs ‘One for One’ model by which the business donates a pair of shoes for every pair that’s sold. Blake’s genuine responses to criticisms of TOMs approach to philanthropy and brings me to my first take-way:

#1 Being humble and admitting how much one has learnt along the way can be a very graceful way of handling criticism.

As the conference progressed, we heard from a variety of entrepreneurs, with different points of view. Tony Hsieh, CEO of Zappos, spoke to the power of collisions and how he has intentionally invested in building a culture that enables serendipitous encounters. Michelle Phan, co-founder of Ipsy, described how her passion for makeup led her to post ‘how to’ videos on YouTube for free that attracted a huge following of loyal supporters, the key to her current business success. In her words, “influence is the new currency”. Alexis Ohanian, co-founder of Reddit, shared the importance of not waiting to get things perfect but launching with a ‘Minimum Viable Product ’ to get the ball rolling.

But all the entrepreneurs who spoke echoed one common theme – as you give birth to a new idea, you need to take every opportunity to move it forward. I decided to adopt this advice immediately and signed-up to pitch the Centre’s new ‘Changemaker Program’ for teenagers on the Shark Tank auditions that were happening in parallel to the conference. I had a couple of hours to come up with the elevator pitch. The audition process was a bit nerve-racking, but I lost absolutely nothing in trying my luck. As Thomas Jefferson said, “I’m a greater believer in luck, and I find the harder I work the more I have of it” So, my second main take-away is a reaffirmation of this idea:

As with most conferences, a lot of the learning at ‘GrowCo’ happened in conversations with participants outside of the formal agenda. It struck me just how many of the founders I spoke with talked about the challenge of keeping their mainly millennial employees engaged and happy. In fact, the data shows that millennials have become the largest generation in the U.S. workforce as of 2015. This was not a huge surprise to me and, in fact, a few modules in the Centre’s course on Positive Leadership directly address this topic. But I think I had underestimated how big a challenge creating a ‘happy’ work place actually is. So, my third big take-away is:

#3 Building a workplace environment that allows millennials to flourish is not just a ‘nice to have’ but is a critical aspect of running a successful company today.

The three days flew by. Overall, it was a great reminder about the value of stepping out of the ‘day-to-day’ and be able to “reflect on your business instead of working in it”. I took a red-eye to get home so I could be back to celebrate the day after my birthday with my wife and two young daughters. Despite the short overnight flight, I arrived home inspired, energized, and ready to take action. Learning is truly the gift that keeps giving – and no better way to solidify it than to share it with others! 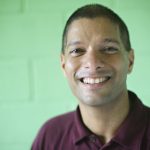 is the Founder and Director of the UPEACE Centre for Executive Education. 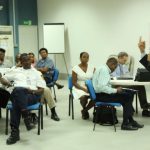 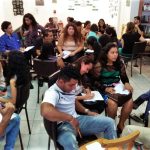